Pam Young has passed away and I am heartbroken. I had the privilege to call her a friend.

Before she was my friend, she was my hero and virtual mentor from the first day I was introduced to her book “Sidetracked Home Executives” in the year of 1989. The first time I saw her in person was in Boston on a weekend retreat that she and her husband Terry were running.

I was like a blithering idiot when I met her. I insisted that I’d be allowed to get up in front of everyone and say what she did for me.  All I’ve been able to accomplish was because of Pam and Peggy’s work. I owe her everything. 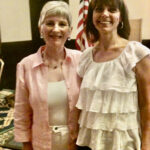 Years later I contacted her. It was 2011. I had been divorced for a while and was doing many odd jobs to support myself and the 2 children who were still young enough to be at home.

In prayer, one day, while under someone’s table washing their floor, I was asking God what I should do, as I knew I couldn’t keep up doing what I was doing.

I got in my heart to teach what I had been teaching others for years, only this time to make it a business.

Whenever anyone came to me asking how I became organized, I would go to their homes to help them get started on the Sidetracked Home Executives system.

I knew what it did for me and it was a joy to help others know about it. I found Pam’s website and I sent her an email and was so surprised to get a response right away.

On the call she was amazing, she told me to teach away! “It’s all about helping people” were the words she used. “Just to give us credit,” and I always do.

I purchased a program she and Peggy had to help others to share their Sidetracked system and it was that call that led to us becoming friends. 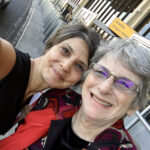 We did at least 2 webinars together and an in-person luncheon. We did at least one Facebook live or together and always meant to do more together, we even named it, “For the Fun of it” but something happened in her life that put a hold on it, and sadly, it just wasn’t to be.

Later, she reminded me that she had been doing this work for over 40 years and was 20 years my senior.

Please, if you knew her and want to send your love or share your story and read others, go to the link and share. https://blog.cluborganized.com/goodbye-to-pam-and-thank-you-for-all-your-support

Here is her Facebook page as well, her family asked that anyone who wanted to write condolences or share a story to do so. https://www.facebook.com/pam.young.75248

I will continue writing regarding her for a bit, too much for one post.

Enroll in The Tidy Tutor Masterclass!