In this video, I talk about something I’ve been learning recently, it’s kind of regarding faith and it totally ties in with decluttering.

I’m learning that a lot of our problems are because we hold onto past hurts, embarrassments… you name it, any issue that triggers a bad feeling.

We hold onto emotional issues and instead of allowing the experience to unfold as we would a physical hurt we don’t deal with it, we allow our mind to manipulate the event, shove the feelings down and store them away.

We allow the mind to run a muck and take over.

We will relive an event over and over again until enough time passes and we can forget about it until we’re in a moment that is similar to the original and then the emotion that was not allowed to process and wasn’t allowed to heal pops up and starts running the show.

I recently lost a few 8mm film canisters of my teen years. That really hit me hard because I don’t have many pictures of me as a baby (I have 1)… I think I have 4 total of me as a child, and 2 or 3 from my teen years.

I was so excited when I heard that the movies were found! I never dreamed that my friend who found them wouldn’t value them as I did, otherwise I would have asked for them. When I found out she threw them out I felt like I was kicked in the gut.

I wasn’t mad at her, they were hers to do with as she liked, she obviously didn’t know they meant that much to me, if she did she would have saved them for me, but that didn’t stop me from feeling bad about the loss.

I decided to practice what I was learning. I felt it all and allowed my higher self, the part of me that was able to observe all the feelings I was having to just watch it unfold.

When my mind tried to bring me down I didn’t try to stop it, but I didn’t take possession of the thoughts either.

I reminded myself that I was fortunate to be alive to be able to experience this, that there is loss in life and it wasn’t a person who perished, it was something I thought was long lost anyway.

The author of the work I’m reading that has introduced this concept to me is Michael Singer and he says what we need to do when we’re upset about anything is to relax and release.

I just kept watching as it was unfolding, not engaging my mind when it was coming up with feelings of self-pity, just watching it do its thing and I’ll tell ya, it was tough. All kinds of thoughts were coming in. Anger, blame, guilt, regret, sorrow it was tough not to engage it. I just watched it, and felt it until it just passed.

Do I still wish I had those films? Yes. Do I feel loss? Yes, but it’s just a reality, not a festering ICK that I have to keep pushing down. (It is hard to explain, you’ll have to practice it yourself as well, I’m super new at this and have a long way to go before I can totally explain it.)

I gotta tell you though, it was so freeing and it taught me that this sh** works. It is a spiritual principle that allows for true happiness and fulfillment in life and frees us from the misery of the unchecked mind.

I actually don’t talk about the specific reason that inspired the video (the loss of the films) but I do go over how we can use the discarding of our possessions as a practice to elevate us into a more fulfilled and happier existence.

Please let me know what you think!

With Love,
Kathy
The Tidy Tutor 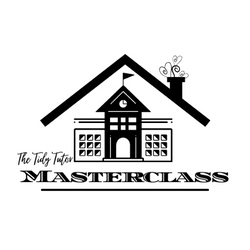